So, today is the halfway point of starting the new habit that is “NO dairy and NO Coke Zero.” 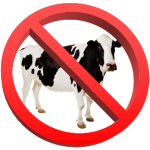 It’s been 33 days since I gave up both, and research has shown that it takes 66 days to kick a habit or start a new one.  Which is pretty convenient given the name of my blog (which is a relief because I had no idea what I was going to do with this whole 66-days-till-the-end-of-the-world-but-then-the-end-of-the-world-didin’t-happen-so-what-the-eff-is-my-blog-going-to-be-about-now-?-thing…plus I don’t have any money to buy a new domain name…nor am I creative enough to think another one up).  So today is the check in point of how my life is as an Aspartameless P-gan….

What’s a P-gan?  It’s a Pescetarian Vegan/a word I completely made up.  What’s a Pescetarian you say?  A really hot chick that doesn’t eat meat but still eats seafood.  What’s a vegan?  A really hot chick that doesn’t eat any animals or products produced by animals.  In conclusion, a P-gan is a really hot chick who doesn’t eat meat, still eats seafood, but doesn’t eat any dairy products, and is really hot.  Oh, I already mentioned really hot?  Well, it just needed to be mentioned again for all of you hot single guys that read my blog (there are no hot single guys that read my blog…well maybe they do…until I start talking about my diet…and farts…I won’t talk about farts…girls don’t fart…well some do…the really mean ones fart all of the time…I’m not mean) and might be weirded out by a girl that you can’t take out for a burger even though she will gladly drink beer and eat french fries while you chomp on your rotting animal carcass so why don’t you just go ahead and ask me out already?

Pro’s about being a P-gan and quitting Aspartame

1.  Your farts are nicer (as opposed to mean farts…don’t pretend you don’t know what a mean fart is…it’s exactly what you think it is…that’s the last time I talk about farts…how am I still single?).

2.  You have more energy and need less sleep at night.

4.  You’re generally happier (not that you were depressed before, but for some reason you are super happy most of the time now…probably because of the nicer farts).

5.  You get to explain what a P-gan is to people who seem really surprised that it has nothing to do with penises.

Cons about being a P-gan and quitting Aspartame

1.  You gained a pound (which I’m sure has nothing to do with not working out and drinking beer instead…and remember that time when you said you were going to do 100 crunches a day?  Yeah, well that only worked for 2 days fat ass…get your sh*it together…you’ve got 3 weddings to go to this year…by yourself…so it’ time to stop being polite and start getting real…this is the real world…Upper-upper-upper Westside).

2.  People are disappointed that the word P-gan has nothing to do with penises.

Now, to be fair, I have to admit that I’m only about 90% P-gan as I did eat crawfish chowder 2 weeks ago and I’m pretty sure there was some butter in the mussels I ordered last night.  And I guess I’m only 85% Aspartameless too because I’ve still been chewing some spearmint Orbit gum which I’m pretty sure has aspartame in it, but I haven’t found any gum that hasn’t.  So I guess what I’m trying to say is that I’m a complete fraud and you shouldn’t listen to anything I have to say and that all of my lying is probably the reason that I gained a pound.  But I swear I haven’t had a diet soda since January 3rd, which was my 30th birthday, which was 33 days ago.  Oh, and I may not be as hot as I previously mentioned…